Picture the scene: a bright day in March; I am standing beside a road in Thetford Forest, near West Harling in Norfolk, in the company of my friend Ian Sanders. Beech and pine trees surround us, with sandy topsoil underfoot - grass and leaf litter, with occasional flints and lumps of chalk poking through - it's a typical patch of Breckland forest soil over chalk bedrock. Nearby, somewhat incongruously, a black steel pipe is sticking out of the ground with the letters TL98SE6 painted on it. We are taking a woodland walk, but what brings us to this place is something completely invisible. 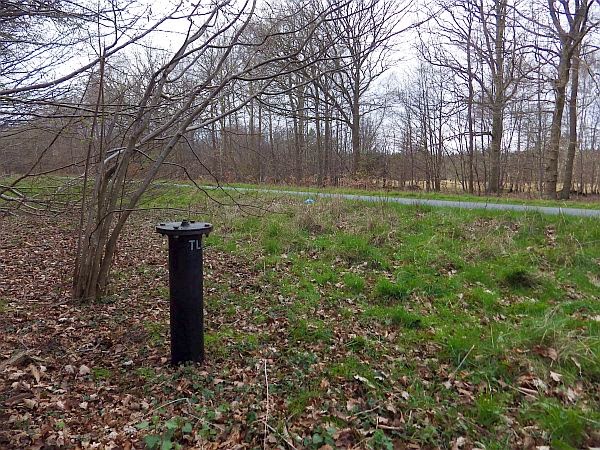 A few weeks earlier I had chanced upon a comment in 'The Water Supply of Norfolk' by William Whitaker (1921).

I had never heard of well shrimps before. It found it extraordinary that something might be thriving in the cold gloom of a domestic well.

Wells have always fascinated me, though the sense of dread I felt in their presence as a child has abated. Our house was surrounded by them: one near the kitchen door, one beside the scullery door, and another facing the big lawn, and yet another next to the garages. Our domestic water supply was electrically pumped from one (the deepest of all, they said, reaching down into the Chalk) near the back door to fill a tank in the loft. Each well had its own hand pump cased in wood with an iron  handle. I imagined the paving over them might give way and I would fall into a terrible dark and be lost. The worst well of all, however, lay in the walled garden next to a crumbling greenhouse. It was covered by a disused and rotting door. Mr Willimot the gardener pulled it off one day and showed me what was underneath: a staring black hole with a cold, clinging smell. I kicked some pebbles and they plopped into infinite nothingness. I felt sorry for what I had done to them - I was too afraid to look down.

I decided to find out more about well shrimps. They are small, blind, colourless crustaceans inhabiting groundwater and known to science as Niphargids. As it turns out, hardly anyone has heard of them; they are an invisible part of Britain's biodiversity in more ways than one. The first recorded specimen in England was found in the well at Bart's Hospital, London, in 1812. Further examples of these stygobitic ('styx-living'), hypogeal ('beneath the earth') crustacea were identified in wells and caves in the 19th century, including Niphargus kochianus, N. fontanus and N.aquilex; all three have since been found living in East Anglia. The most widespread is N.kochianus, which lives in the Chalk (Proudlove et al, 2003).

They could still be living at Cringleford, although there are no records of them since 1899. If they do survive, they will be inhabiting a tranquil world of silent, aqueous darkness, their generations troubled only by the moon's gravitational pull, the shifting water levels in the aquifer and perhaps a whiff of modern groundwater pollution. Their life-world is a secret one, distant from our overworld, and as strange as science fiction. One can expect to find anaemic salamanders and eyeless fish deep in Mexican and Pyrenean caves, but nothing so strange beneath the rolling terrain of Norfolk. They are thought to feed microscopic plant and animal detritus, much of it washed down from the overworld [1], and also bacteria [2]. They don't need daylight. They shimmer through joints and fissures in the sunless bedrock.


A recent chalk groundwater observation project by the British Geological Survey has involved sampling the water and checking it for stygobites. Many specimens were found. A research project has analysed their genetic diversity and has thrown up some surprising conclusions. Niphargids have been living in Britain for at least 19.5 million years, making them the country's oldest known inhabitants. They are thought to have survived freezing conditions in the Ice Age by living deep beneath the permafrost layer. Until recently zoologists assumed they had only managed to survive south of the ice sheet margins or had recolonised from the continent once the ice had retreated.

Louise Maurice of the British Geological Survey collected nine specimens of N.kochianus from West Harling in 2011. She netted the water in a 38 metre (125 ft) deep borehole in the chalk called TL98SE6, using cheese as the favoured bait. The evidence of molecular genetics suggests that kochianus first diverged from its continental ancestors and became a separate species in late Pliocene times, about 2.9 million years ago (McInerney et al, 2014). It has been living in the chalk of southern Britain ever since. 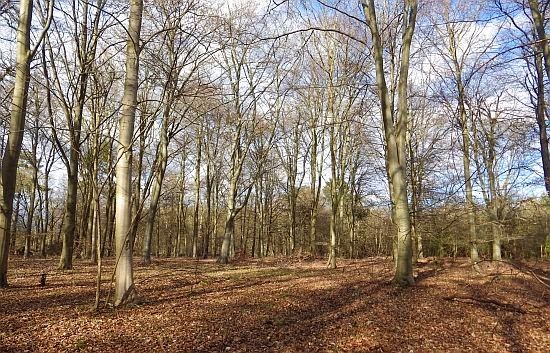 Standing here in the forest near TL98SE6, I am pleased to know that the vast thickness of chalk bedrock beneath me is not a lifeless dimension. There are living beings down there. The groundwater is inhabited space: another habitat, another facet of Earth's biodiversity. Perhaps there were Niphargids in the spooky wells of my childhood. I somehow find this thought comforting.

For more information about stygobites in the UK see:

With thanks to Dr Dan Hoare, Dr Lee Knight, Dr Louise Maurice and Prof Anne Robertson for their information.

Thankyou for introducing us to this charming tiny creature. In these fracking times, very good to know that the British Geological Survey is recording these at least as a baseline. And for sharing your childhood amidst wells. Most of us grew up in a safe two dimensional world, flat in both senses without such a physical conduit to the complexity of what lies beneath (and no real understanding of where the mains suck up their water from).

This Niphargid research has opened up a new, subterranean dimension for me. It's another space where conservation of geodiversity and biodiversity can overlap. Glad you found this blog post interesting!

Delighted you find it so. Blog posts about obscure aspects of biodiversity and geodiversity have a scanty but precious following!

I will be completely honest and say in the many years of working in wells I have never seen one but then the water is usually murky so i will keep a better eye out for them from now on. I find plenty of healthy newts and frogs however. Kind regards

following threads of biodiversity, geodiversity and philosophy wherever they lead...

'The World is Representation'.
- Arthur Schopenhauer
'The Imagination is not a State:
it is the Human Existence itself'.
- William Blake
'Philosophy is an attempt to express the infinity of the universe in terms of the limitations of language'.
- Alfred North Whitehead
'Whosoever shall entertain high and vaporous imaginations, instead of a laborious and sober enquiry after truth, shall beget hopes and beliefs of strange and impossible shapes'.
- Francis Bacon
'The individual mind is immanent but not only in the body. It is immanent also in pathways and messages outside the body; and there is a larger Mind of which the individual mind is only a sub-system'.
- Gregory Bateson
'Everything we think we know about the world is a model'.
- Donella H. Meadows